Art on the increase thanks to Damien Hirst?

This is an article which will inevitably fall far short of what I would like to realise on first writing, but I feel it is worth making a first attempt and then improving over time. 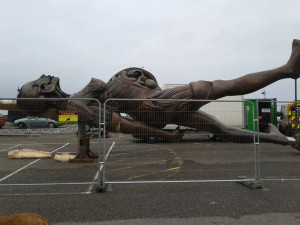 Verity was delivered in October 2012.
The arm was damaged and had to be repaired. She was polished before standing her up

In October 2012 amid much fervent discussion amongst a divided community, a team of engineers arrived at the pier end with an abnormal load.
Damien Hirst’s 66foot tall statue was laid down unarmed on the bed of a huge lorry. Surrounded by photographers, and journalists, the statue was polished, erected, and fixed into place looking out across the sea roughly in the direction of Lundy Island. 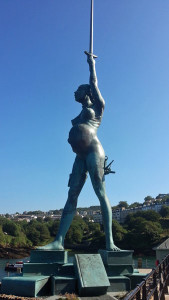 Some despised her, others hoped she would bring new prosperity to the town, quite a few admired her for art’s sake. Huge numbers turned out to watch as she was lit up and officially “unveiled” and then Christmas came and the snows of winter. Spring gave way to summer and the tourist season began in earnest. The local paper claimed a victory of sorts for Verity; based purely on an increase in parking in the municipal car parks, however, the statistics they quoted actually showed an increase across North Devon and Ilfracombe itself was not noticeably ahead of the trend.

Sadly, the reality so far is that tourist spending in the town is not noticeably better in 2013 than 2012 despite the considerably better weather. 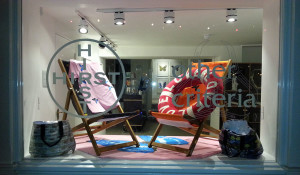 Nevertheless a certain sense of change has stolen over the town. The evidence is in the number of art galleries, and other art related things that we have hear this year compared to last.

Although even this is, according to some observers, more co-incidence 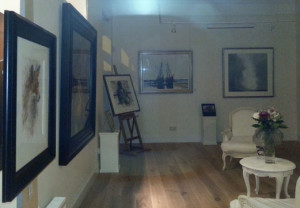 Driftwood Gallery on the site of the old Waverly Pub.

The Driftwood Gallery had been at The Quay next door to Damien Hirst’s restaurant, but the artist recently acquired the building to use as a gallery himself and so the Driftwood had to relocate. 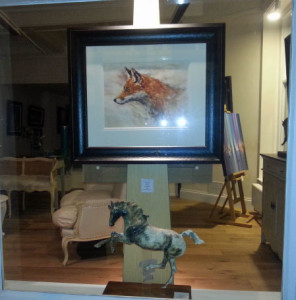 The Waverly Pub, which has presumably fallen victim to the waning fortunes of pubs everywhere closed down and has now re-opened as the new home of the Driftwood.

This has given the gallery a lot more space which they have used effectively. 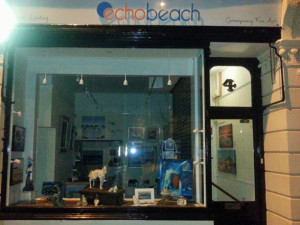 In addition to this another new gallery opened on Broad Street in the same general area.

Echo Beach is at 4 Broad Street and brings the total of galleries in the harbour area to three, compared with the one of only a year ago. 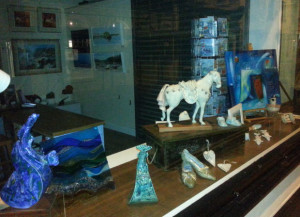 Echo Beach offers paintings sculpture and ceramics from many local artists, and has a broad range of prices from a few pounds to several hundred pounds.

These galleries would appear to be geared up for the visiting art lovers that Verity is expected to attract, since the art is, in the main, significantly beyond the means of the average ‘Combe resident. Although Echo Beach does offer quite a lot of more affordable pieces than the others in the harbour area. Run by Nina Lording, who previously ran the Driftwood before striking out on her own, the gallery is more interested in local artists. Nina was at pains to point out that all these artists have been based in North Devon for a long time before Damien Hirst moved to the region and that the art scene has always been vibrant here. 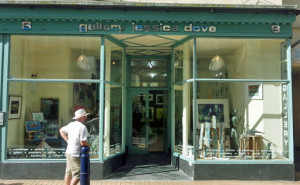 Gallery Jessica Dove occupies a shop that was only a year or two ago a charity shop. I personally have nothing against charity shops and get a lot of my stuff from them but I wouldn’t argue that we need more of them and fewer art galleries or other high value establishments.

As well as these galleries there are several other places of interest to artists, and art lovers alike. Many of these have been here for some time and some are new. Verity is not our only statue. 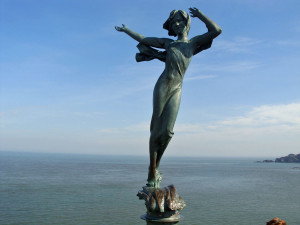 The most obvious one that springs to mind is that of Ekaterine Frolov, who fell to her death from the top of Hillsborough in 2000. Her family endowed a statue in her memory but it was very sensibly sited at the top of Capstone rather than Hillsborough, since far more people would see it.

I have been asking around and surprisingly most of the locals don’t even know about our other statues. 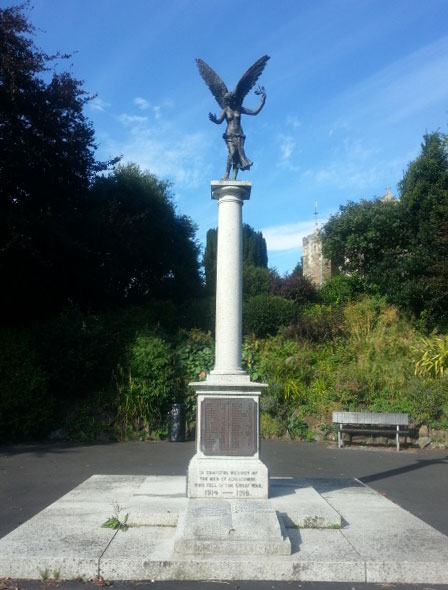 At first when I ask them “do you know any other statues in Ilfracombe, apart from the three I already know about” they are confident they know of others and then they start to realise they cannot even name the other two.

The third one that I am aware of is the war memorial, erected after the Great War; and having bronze plaques added, following the Second World War; the statue of an angel stands atop a stone column in a pleasant little garden area, and is a popular meeting place.

Not far out of town near the village of Bradiford there is also the Broomhill Sculpture park which is well worth a visit for all art buffs. 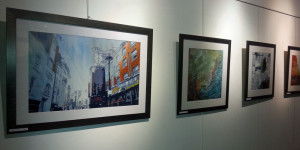 Paintings on display, and available to purchase, at the Landmark Theatre.
The featured artist changes from time to time.

In many other locations in town you will find places where local artists’ work is displayed and available for sale. These include the Landmark Theatre, restaurants, hotels, and bars, as well as the local delicatessen in the High Street. All well worth checking out. 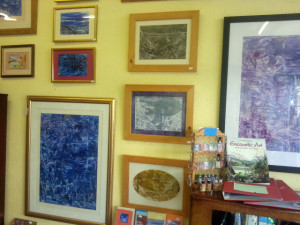 Lulubelle’s is an art and craft shop in the High Street with an eclectic mix of stock. Much of what is on sale here is created by local artists, but pride of place must surely go to shop owner Lyndsey’s stunning wax paintings.

Encaustic art is the process of scratching into coloured wax that has been spread onto card.  Whilst it is possible to achieve interesting effects fairly easily with little practice this lady’s work shows a level of skill with multiple layers and intricate detail. There are works at every price point from keyrings for a few quid to large framed works for considerably more. The photograph doesn’t really do justice to any of them at this scale.

I am creating a map of some of these places but I know there will be many that I miss, so I would welcome comments from anyone who knows of another place that deserves a mention.