On the Sunday evening I spotted a post on Facebook that said Honey Jacks were playing their debut gig, stepping in for Tuesday Syndicate on the Monday afternoon. 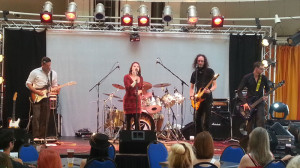 This would be just before my own band were due to play and I was looking forward to checking out this band in particular.

You see three members of the five piece “Honey Jacks” were previously part of “Surrogate Suns” (my last failed project). 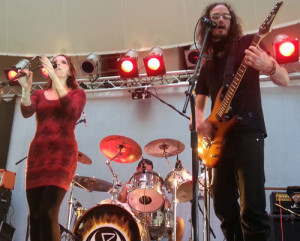 The Suns imploded, suddenly (without rancour) due to the fact we were all gently pulling in different musical directions.
Honey Jacks were named after Honey Jack Daniels, a drink which Surrogate Suns were also rather fond of. 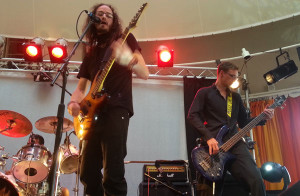 The band consists of

I was a bit worried at first, because I expected there would be a lot of songs in their set that my band also did, but in the end it turned out that I recognised very few of their songs. 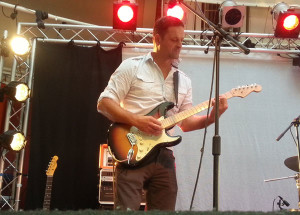 Only Stevie Wonder’s Superstition crossed over, and their version was quite different from ours.

Musically the band were immensely tight, as you would expect from musicians who have worked together in other bands for some time. Not only were Nick, Jay, and Tony, part of Surrogate Suns but perhaps more importantly, Jay, Dan, and Tony were the powerhouse behind “The Padawans” who were a popular band for many years before I even moved to Ilfracombe, and Nick was in a band called “Monster“, with Jay, before that. 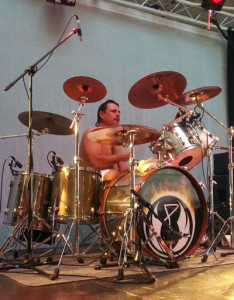 Karen’s vocals were sufficiently powerful not to be lost in the thunder of such a high octane backline, yet still melodic and soulful.

Nick is also a guitarist who does not allow the excitement of playing live and loud stand in the way of playing it RIGHT.

All in all, this was a superb first outing for a band which I hope will run for a good long time.